This guide shows you how to install the Playstation 2 emulator for Mac OS X. Computers are getting more and more advanced with powerful hardware, so it is possible to turn your Mac computer into a Playstation 2 console. While one may fear treading onto the line line of piracy. No worries, it is not
Read More

As an Android user, I wish I can connect a physical keyboard to the device so that I can type faster. An app in the Android Market truly allows you to connect a keyboard to an Android phone. The best part is that it actually allows both Wi-Fi and USB connectivity. It is also not
Read More

News of Adobe flash dropping support for flash spread like wildfire leaving all the Android users utterly disappointed and iPhone fan boys rejocing with glee. They worship their legendary Steve jobs even more then ever for his sharp perspective of the future would be like. But here today, I refuse to bow down in defeat
Read More

Windows Mobile GBA emulators are really a problem for touch screen devices, especially devices that are fully touch screen without any directional keys. How is it possible to run an emulator and play it directly off? After messing around and searching around for ages, I finally found a solution for Windows Mobile phones that have
Read More

Perhaps it is not something amazing anymore to say that I have a PlayStation App on my Android phone. It was previously a dream to think about having a PlayStation App on a phone. But now it is true. I was as skeptical about how good the gaming experience will be on a touch screen,
Read More 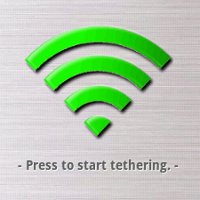 I was fretting over how to make a unique animated gif for use in a forum profile some time ago and I wondered if there are users out there who also face such a problem. There are lots of such websites that will make animated gif for you, but these services have a problem, they
Read More

Wi Fi tethering is a very useful function that can be used on smartphones these days. Android users might not know that there are actually a few good Android Wi Fi tether choices that are free. The good news about Android Wi-Fi tether apps is that they have more features then the Windows mobile counterparts.
Read More 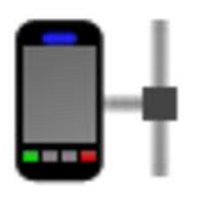 Mobile tethering is such a useful feature in all mobile devices. With many users holding on to Android phones, not a lot of talk about how to do tethering for Android is out there in the web. It even seems to be of a non-existant feature. While one may imagine that you may need to
Read More